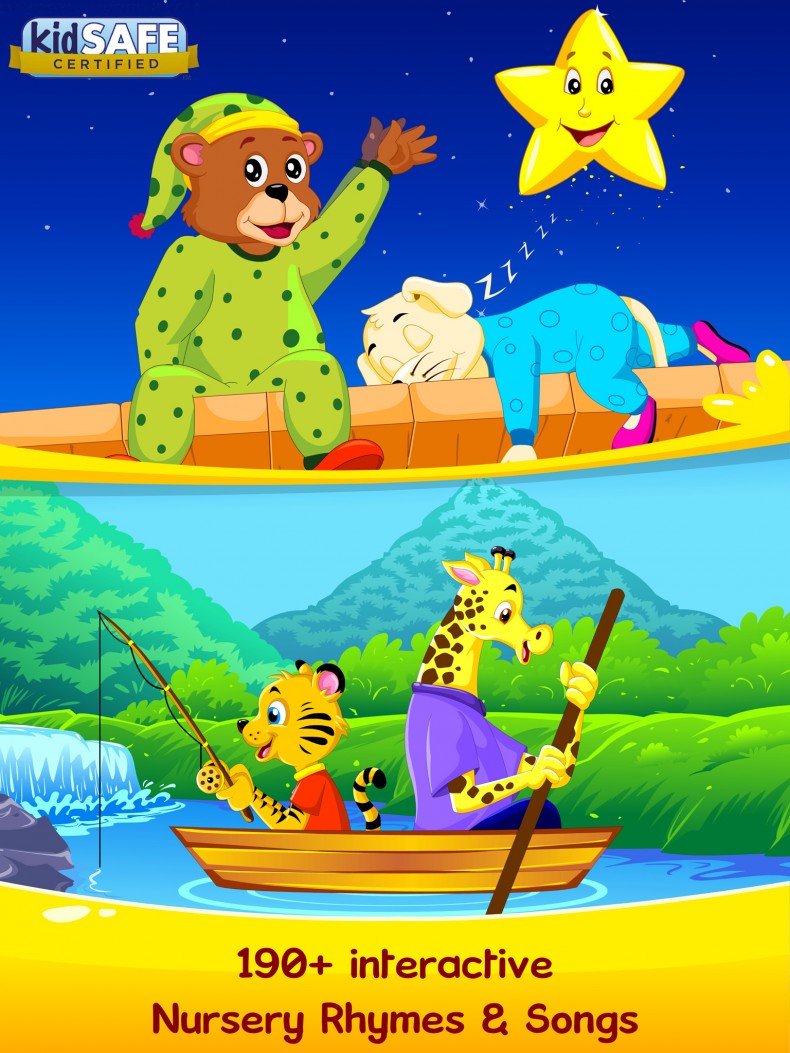 KidloLand – Nursery Rhymes For Kids is a unique app which offers over 200 interactive nursery rhymes and original songs. Every scene on screen is an interactive experience with something to tap on. There are over a thousand surprises and sounds and kids have a blast interacting with the characters and objects on screen. The app has been recently transformed into a subscription based service. Hundreds of songs, stories and activities are in the pipeline to be added in the coming weeks thus making KidloLand a virtual playcenter for little kids. Apart from Nursery Rhymes, the app has original songs which introduce kids to ABC alphabet, animals, fruits, vegetables, birds, etc. in a very fun and interactive way. Unlike YouTube videos or some other apps, where kids have to watch preschool shows, these songs are totally interactive, thus making this app unique.

KidloLand is both fun and educational for preschoolers. From reviews, we have come to know that it has helped autistic children as well. Over 300,000 happy parents are currently using the app worldwide.