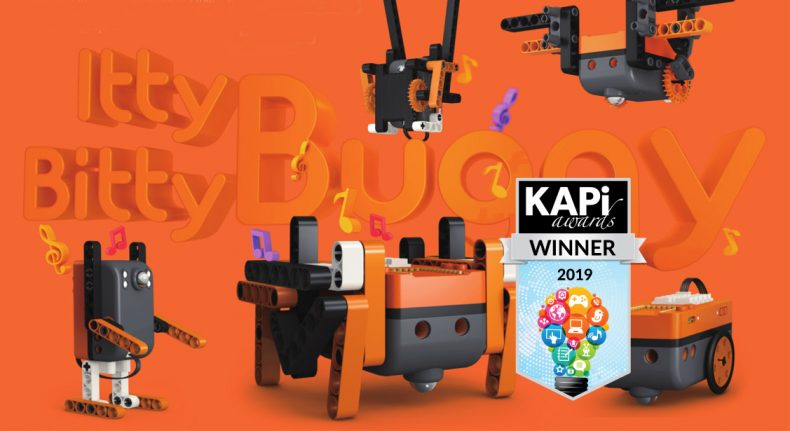 Play, creativity, and coding combine with the Itty Bitty Buggy – the newest in the next generation of 2018 STEM Education toys from Microduino. The fun, versatile, and affordable coding programmable toy (CPT) is designed for creators from as young as eight to more seasoned makers. The Itty Bitty Buggy allows kids to build and program four different, interesting creatures – the Sloth, the Ladybug, the Dodo bird, and the Alien – using the foundational base buggy.

Details about this review
2019 KAPi Categories2019 All Entries, Winners 2019
Price