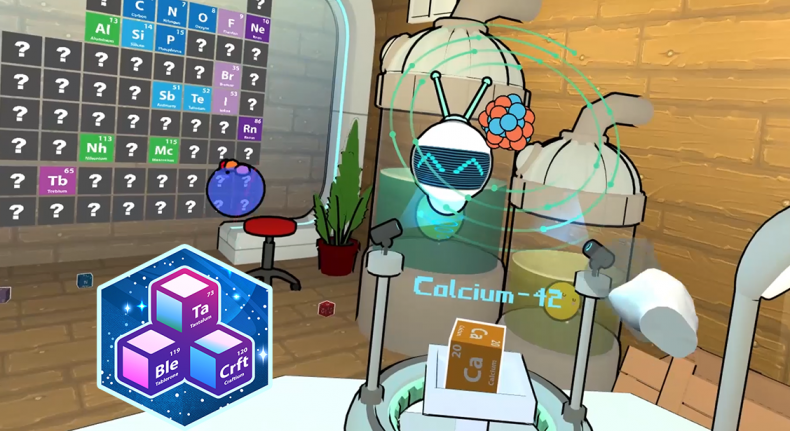 Tablecraft is a playful environment in which players can craft household objects with the elements of the periodic table, and feed those objects to their virtual pets. The core educational idea behind Tablecraft is that players associate concrete objects with the Periodic Elements they are crafting them from. This allows them to build a positive emotional relationship to the abstract acronyms on the Periodic Table, which are often presented as a sterile and impersonal collection of physical properties. At a baseline, Tablecraft greatly increases player familiarity with the elements, acronyms, atomic masses, and groups on the Periodic Table of Elements, while also exposing players to subatomic particles, radiation, isotopes and decay chains.

We were also happy to find out that Tablecraft is extremely engaging to our target audience (young students) because of the playful aesthetics of the space they inhabit and the fun things they can do in it. This derives in part from our commitment to making almost everything in the space interactable. Additionally, the player is encouraged to freely experiment at their own pace – there’s no right or wrong way to play the game; there’s no numeric score or lose conditions. There’s only experimentation and discovery!