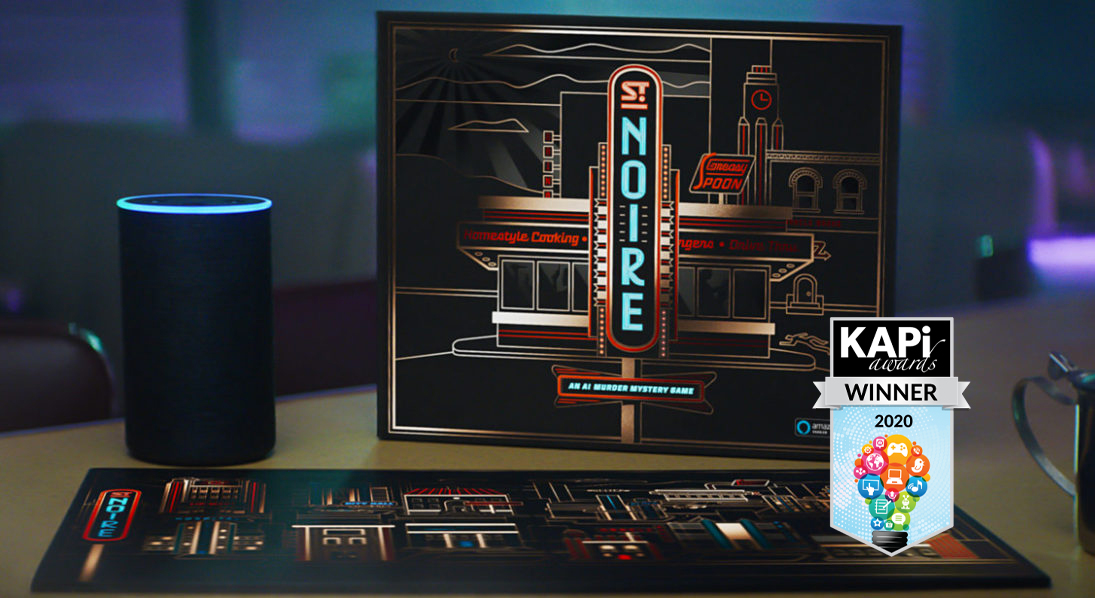 In the game, players take on the role of a hard-boiled detective and are tasked with solving a murder in the mysterious small town of St. Noire.

Playing either with your friends as a team, or going solo, you will need to question a cast of colorful suspects, search for clues, and suss out which character is lying to you.

To make sure no two games are alike, the identity of the killer is randomized on each play-through, making every new game feel fresh and unpredictable. A full play-through is between 15-30 minutes.

Details about this review
Badges
2020 KAPi Categories2020 All Entries
Price