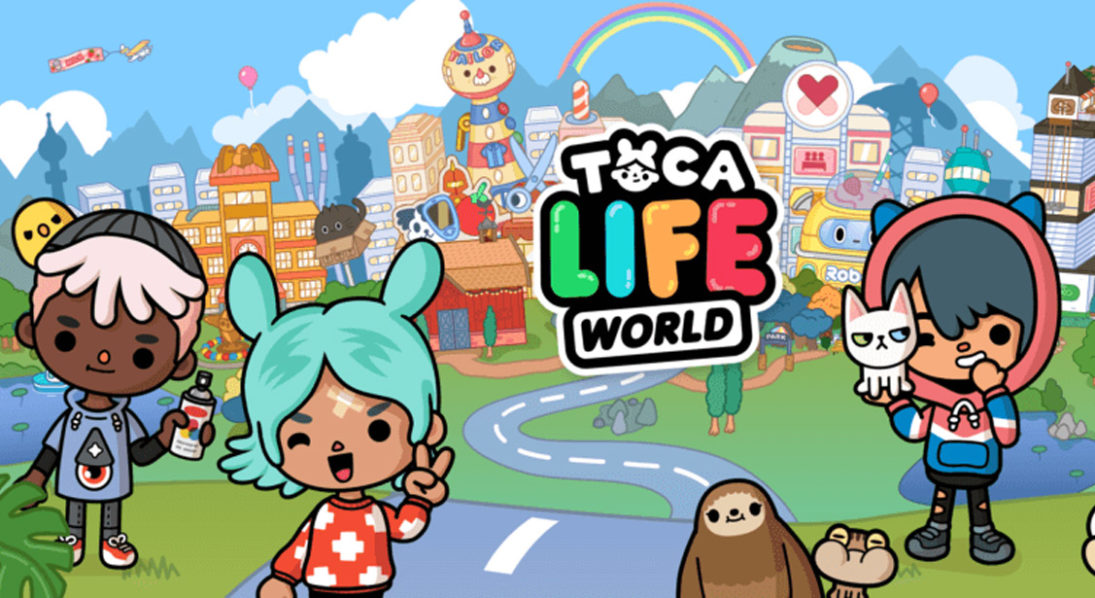 Beloved digital toy studio Toca Boca released Toca Life: World late last year. It is the new (free!) sandbox-style app where players can create their own world and role play any story they like. This mega-app brings all of the Toca Life apps into the same world.
Toca Life: World encourages open-ended play. There are no boundaries– characters can freely move their character from the doctor’s office to a lettuce farm, after school activities to a water park. Quirkiness abounds, with character accessories including stage masks, bath robes, space suits and costumes. The game was designed to be intuitive for players – there are no prompts, pop-ups, or even text during play. If players wish to expand their world, they and a parent can visit Toca Life: World’s shop.
This universe was designed to be as inclusive as possible — no two characters have the same skin tone, for example. The play designers wanted children to be able to find characters who look like themselves. Players will find that the playsets don’t display a “default” family structure of any kind, and characters represent a wide range of ages, skin tones, body function, and looks.

Details about this review
Badges
2020 KAPi Categories2020 All Entries
Price