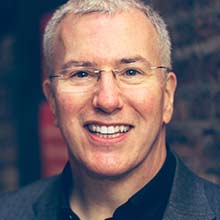 As director of content and one of the spokespeople for TTPM and a partner in its parent company aNb Media, LLC Chris brings more than 30 years of industry experience in the toy industry to his role. At Time to Play, Chris oversees the toy review process and the editorial team, bringing his knowledge of toys, education and child development to his role. Chris is widely published on the topic of toys and family life and in addition to his work with TTPM, he is editor-at-large for the trade publications Toys & Family Entertainment and Royalties. His most recent book, Toy Time was published in 2013 by Three River Press, and he is currently working on a book titled Funny Business to be published by career press in 2015. Chris is extensively quoted in the media and appears regularly on local and national television commenting on toys and demonstrating new products. His media appearances reached more than 150 million consumers in 2013 in just a three-month period. He has appeared on “Live With Kelly!,” “Live! With Regis and Kelly”, “Oprah,” “ “Soap Talk,” “The Today Show,” “Good Morning America,” “The CBS Evening News,” “ABC Nightly News,” “Fox & Friends,” “CBS This Morning,” “Good Day New York,” CNBC, CNNfn, MSNBC, ABC, “The Motley Fool,” National Public Radio, Bloomberg Television and Radio, and on countless other national and local market business and consumer programs around the country and internationally.