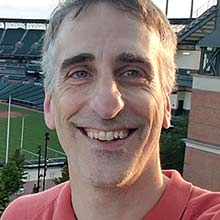 Dan Nessel is the Founder and Editor-in-Chief of DadDoes.Com, a leading product review site for parents. Mr. Nessel has performed hands-on reviews on over 600 gadgets, toys and gizmos over the last four years and his product reviews have received over 47 million views on YouTube. This is significant for two reasons. First, Dan Nessel has a vast knowledge of what makes a gadget successful and second, Mr. Nessel has clearly spent way too much time playing with gadgets! Mr. Nessel, a boy trapped in a man’s body, has been a guest on numerous radio shows, writes a national column called Toys N Tech, has been featured in news articles and most importantly, never gets tired of playing with toys and gadgets.