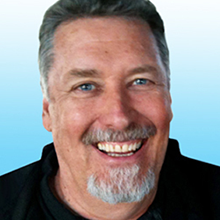 Mark is a well-known pioneer of the children’s multimedia and interactive design industry. He is an expert in children’s play patterns and interactive design, and is probably best known as the creator of Brøderbund’s Living Books series. Mark has served as a creative executive at a number of software companies, and in 2000 he founded NoodleWorks Interactive, a design consulting and creative development company specializing in children’s content. Throughout his career, Mark’s titles have won over 100 national and international awards for excellence in entertainment and education. His latest app, Noodle Words, has won a variety of awards and been a favorite with children and speech language pathologists. Mark is the author and illustrator of “Harry and the Haunted House,” a children’s book and app title has that sold over 400,000 copies in six languages, and author of a new book on the psychology and art form of computer interaction, “Understanding Kids, Play, and Interactive Design and Play: How to Create Games Children Love.”